So what Multimedia Makeup Academy and I wanted to talk about today was two things: that your life is in constant flux and that the unsure feeling you have, when reading articles like this, is how we all feel! The second is that there is SO MUCH OPPORTUNITY OUT THERE! You just need to keep your heart and your mind open!

So if we’re in agreement that your future isn’t written in stone and that you could honestly do anything, then where do we go from here? I think its obvious:

Pro Wrestling as an Art

When you cut down to the bare bones of pro wrestling, we’re looking at performance art. We’re looking at a bunch ladies and men, angry at each other for some silly reason, ready to resolve their issues by any means necessary.

I could argue that I just laid out the gist of any soap opera.  It’s just, instead of using a kiss, tossing someone off of a building, or a single heartfelt tear to resolve conflict, these folks use their fists (I will add…they have used the “kill-a-guy-off” only to have them reappear miraculously the next season…so there’s more similarities than you’d think).

Pro Wrestling is entertainment and it is an art form just like any other stage show. You have the good guys, the bad guys. You have your story lines to generate admiration or pure hate for a character. You have poetry in friends turning on each other and then enemies uniting.

And when we’re done setting up the story line, a Cirque Du Soleil style trapeze act takes place. And if that’s not juicy enough for you, a huge Broadway dance number that can feature up to thirty performers at once!

And once the toe-tapping is done, there’s the pomp and circumstance in the entrances and celebrations. The spectacle of watching the fireworks, the light show, the mood lighting, all mixed with a carefully crafted tune that helps define the person you see stomping into the ring.

And then we do it all over again in the hero’s triumph by the end of the night!

And it’s not just because it looks cool. It’s because it helps tell the story of who the wrestlers are and also helps the pro wrestling fan share in that story. Watching in awe as their favorite wrestler pulls the curtain…hoping to get that salute or high five as they walk to the ring. OR exploding in pure elation when the ‘savior’ pins their opponent for the 1…2…3.

So now that you’re sold on watching every week, like I do, I hope you’re starting to see pro wrestling as the performance based art that it is and why its so much more than two dudes throwing fists at each other.

So where do you fit in?

So first thing is first! Let’s look at some of the best work that pro wrestling has sent to the ring in the last 10 years.

It all has to start with Alexa Bliss! Little Miss Bliss! The curator of the Twisted Bliss! The Princess of the WWE! 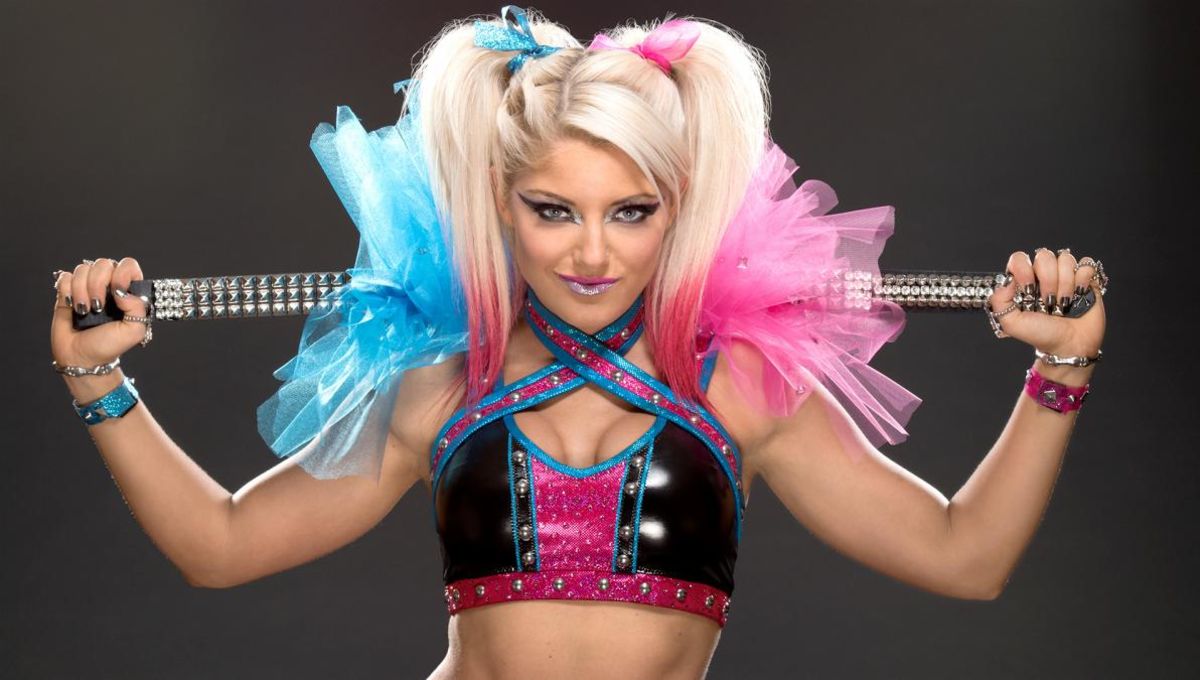 Alexa Bliss is one of the premiere superstars in the WWE right now and there’s no ignoring her! Her personality oozes through her every look, word, and step. She’s a brat who looks to do whatever it takes to get what she wants. What does she want? The Championship Gold slung over her shoulder!

It was Gianna, of @paintedbywini, and @koreankandy that really caught my eye! You should definitely head to their IG and check them out, but here is their awesome work on the one they call Bliss!

You can read the excitement from @koreankandy and how much this life and work means to her! She said “Do what you love & it’ll never feel like work a day in your life.” Can’t agree more!

Now this is only one sample of some of the amazing work that can be found on WWE programming. Or even this Sunday on SummerSlam!

I say the next, best course of action is to watch it all go down first hand on the WWE Video “Take a RARE look in WWE Makeup: Eden’s Style”

The Dudes Need Makeup Too

It sure is easy to look up and down the landscape of pro wrestling to find the ladies who need makeup, but don’t think the dudes don’t need some help! And I’m not only talking about a little powder on the nose.

Finn Balor, of WWE fame, is known for going to the extreme with his makeup and going FULL BODY ART! The story behind this makeup is really fun too! When Balor needs help defeating an opponent, the demon inside of him takes over. So while Finn doesn’t always need the makeup, when it does come into play, he becomes almost unbeatable.

So as a makeup artist, you hold the power!

I jest. But honestly, this is such an interesting work because it changes EVERY TIME HE DOES IT! Balor acts as the canvas for the respective artist and allows them to create a theme behind the location, the time of year, the particular opponent of Balor. WHATEVER!

And the challenge doesn’t stop there! Finn needs this makeup to last throughout the match. Not necessarily be story line design, but because he’s gotta look good for the TV. So how do you combat a full contact sport and the sweat behind the activity? Grease and charcoal paint!

We’ll dive deeper into all of the looks that Finn Balor has has over the years, but just imagine the possibilities of what you could create to help define a pro wrestler’s story and their character. JUST WITH THE POWER OF MAKEUP!

The Industry is Growing

You still have a lot of choices to make in your life, but it should help knowing that there is SO MUCH OPPORTUNITY out there!

What I’d ask you to do next is to check out our blog on how Alternative Education is making a comeback, forcing the usual University path out of the way! Afterall, we should all have an opportunity to go the way of @KoreanKandy and do what we love, but we fall into the traps of societal norms.

If you’re ready to start your journey towards a rewarding and fulfilling makeup career, contact us now or if you’re really sure, start an application!